A Stranger on the Beach 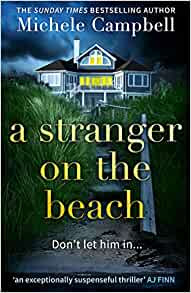 It is written in two narratives: alternating the points of view of characters Caroline Stark and Aidan Callahan. One narrative can be trusted, the other is lies. But which is which?

Caroline is a rich woman with a beautiful showy mansion on the beach. Her husband Jason is successful and well-respected in a good job. They have a daughter in college. Their lives appear perfect.

But then Jason turns up at Caroline's big house-warming party with an attractive younger woman. Everyone, including Caroline, presumes she is his mistress.

Caroline is heartbroken and seeks solace in the arms of handsome young stranger Aidan who is a bartender. But after one night of passion, Caroline becomes convinced that Aidan is stalking her and her family.

Aidan, however, is trying to convince Caroline that it is Jason who is dangerous and that he is simply trying to protect her and her daughter.

Everything comes to a head one night at the beach mansion during a category four storm. Terror in the dark, a knife, gun shots, lots of blood and an arrest for murder.

Another 5* from me. I can't wait to read more from Michele Campbell.

The Murder at the Vicarage 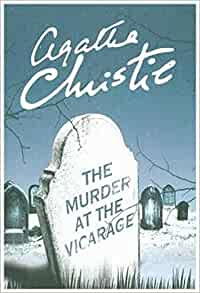 This is Agatha Christie's first Miss Marple mystery and is set in St Mary Mead.

Various people, including the vicar, wish the bumptious Colonel Protheroe dead. When he is found murdered in the vicar's study, Miss Marple reckons there are seven clear suspects.

As the police (with unsolicited help from the vicar and Miss Marple) set out to find the murderer, there is much confusion over timings, shots and letters.

A gentle, easy-reading whodunnit, good for whiling away a rainy afternoon. 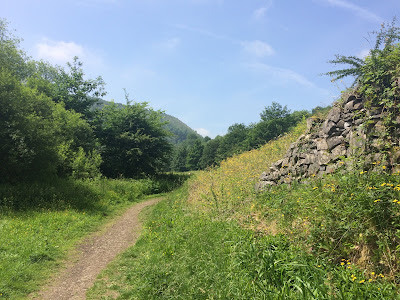 After a relationship ending in my early twenties a friend assured me, 'You never know what's around the corner. You could be married with a baby on the way this time next year.'

I nodded along, not really believing a word she said. All I could see was a life of singleness stretching ahead of me and that's not what I wanted.

But it wasn't long before my lovely husband came along and we have now been happily married for a couple of decades.

A little over two years ago, we were hit with a juggernaut full of heartache and pain which brought with it mental ill health among other things. Twelve months in and I felt like I'd had enough. I was sick of traumatic memories from the past returning and throwing me into fresh mental and emotional turmoil.

I angrily yelled at God, 'I hate life!' I couldn't see any way out of the dark tunnel I found myself in. I wanted God to know how much I hated life because one of Jesus's titles in the New Testament is 'Life'. There were times I hated God.

Thankfully, Jesus is steering me through the dark tunnel and there are times now that I can even see a pinprick of light at the end of it.

Still, there are some days I'm less thrilled about being alive than others. But I do know now that Jesus is the meaning of life. Without Him I can't see the point, but with Him my life does have meaning.
6 comments: 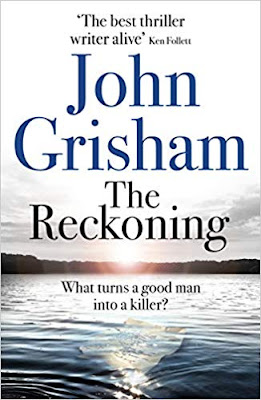 In The Reckoning, John Grisham returns to Clanton immediately after WWII, so for regular readers of his books it feels like returning home.

Pete Banning is a WWII local hero. He was captured by the Japanese and tortured but escaped and turned guerrilla. Although his family believed him to be dead, they are thrilled when he finally returns home.

But less than a year later, Pete deliberately and cold-bloodedly shoots and kills Clanton's Methodist pastor.

Why? Is the question on everyone's lips. But Pete is refusing to talk.

The book is divided into three parts: the killing, the boneyard, and the betrayal.

In the boneyard, we learn a lot about the Bataan Death March and Japanese cruelty toward their POWs.

This book - to me - feels totally different to John Grisham's other novels. The law is mentioned but it's an earlier time and culture in the late 1940s in rural Mississippi is very different to today. But a large part of the book is focused on the bravery of American and Filipino POWs and guerrillas in the Philippine jungles and Japanese prison camps during WWII.

For me it is easily on a par with his earlier novels such as A Time to Kill or The Chamber in that it's a meaty book with a gripping storyline and issues to be considered. There is no feeling of the writing being a bit rushed as with some of his shorter, later books. This is full of good stuff and I anticipate it giving more each time I read it.

This is an easy 5* to award.
No comments:

The Children who Lived in a Barn 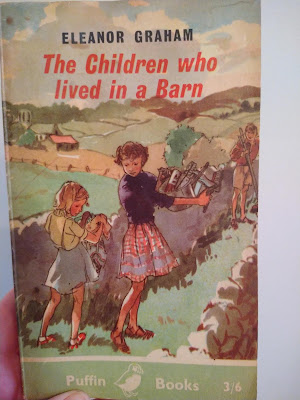 It was a kind aunt years ago who introduced me to Eleanor Graham's The Children who Lived in a Barn.

When Mr and Mrs Dunnet receive a telegam saying Mrs Dunnet's mother has had a serious accident, they arrange to fly at once to her. Set pre-WWII, they have no qualms about leaving their five children to look after themselves for a few days. Thirteen-year-old Sue is more than capable of caring for her younger brothers and sister.

Only the Dunnets are gone for much longer than a few days. In order to avoid problems with the landlord as well as the village busybodies interfering with them, Sue and her 11-year-old brother Bob along with twins Sambo and Jumbo and 7-year-old Alice take refuge in a local barn.

The children quickly realise that if life in the barn is going to work for them, they must have rules.

Rule Number One is: no begging, borrowing, scrounging or stealing.

On pain of homes, orphanages and adoptions.

This is the fascinating story of how the children work hard to keep their independence while avoiding their enemies the dreaded DV (District Visitor), GP's wife Mrs Legge and the vicarage. But they find unexpected friends and help in the most unlikely of places along the way.

I love this book and was delighted to find a good quality secondhand copy. This is a story I enjoy coming back to over and over. It definitely deserves 5*.
No comments:

A Week in the Life of Corinth 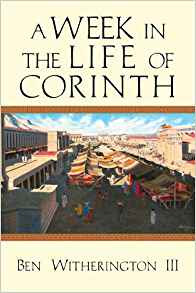 If you enjoy delving into the culture and times of the Bible, then I can recommend this series published by IVP Academic.

I saw the series advertised on Twitter and put it straight on my wish list. This is the first book of the Week in the Life series I've read and I wasn't disappointed. I've ordered another already!

Based on historical facts, this is a novella set in the Corinth of the apostle Paul.

Learning history via a story appeals to me as I don't tend to take in dry facts but learn through imagination.

The storyline is simple and interspersed with useful and interesting information about the time, place and culture.

The main character is freedman Nicanor who works for his former owner, Erastos. This important man is running for city treasurer, as mentioned in Paul's letter to the Romans (chapter 16) as well as elsewhere in the New Testament.

The book is well written and clearly laid out. The interposed facts entitled 'A Closer Look' are easily found and can be taken alone or alongside the story. Likewise, the story can read by itself.

I found it both interesting and useful and am happy to award it 5*.
No comments: 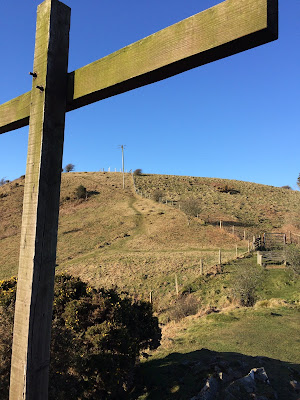 I was reading the account of Abraham taking his son Isaac up on a mountain to sacrifice him, in obedience to an instruction Abraham had received from God.

This was Abraham's much-loved and greatly-longed for son of promise.

I often wonder what was going through Abraham's mind and heart as he walked with his son up that hillside. Such turmoil, such hope, such faith.

The story ends perfectly with the Angel of the Lord calling to Abraham at the key moment and telling him not to kill his son. It was a test of Abraham's love for and faith in God. Would he put God before God's gift?

But on this time of reading, I pondered a different Father and Son. As the Son (AKA the Angel of the Lord) called to Abraham to stop, did He glance over to the Father? What would have been in their hearts at that point? Because when the Son offered Himself as a sacrifice, there was no one to call 'stop!' at the crucial moment.

A Stranger on the Beach

Once again, I loved Michele Campbell's (third) psychological thriller. It is written in two narratives: alternating the points of vi...